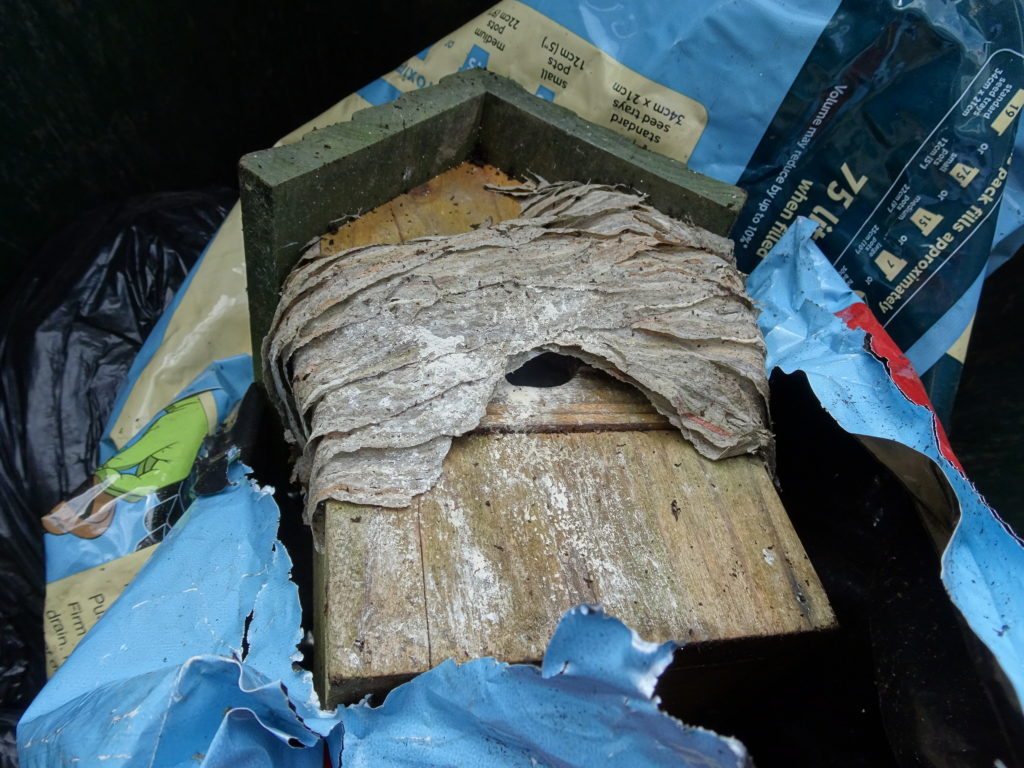 I thought this was meant to be a bird box but the wasps thought differently.

Wasps are a large and diverse group of insects with tens of thousands of  species including Hornets, Yellow Jackets and solitary wasps. Some social wasps live together in a nest with an egg-laying queen but the greater numbers are solitary species.

Wasps like munching on ripen fruit Plums, Pears and Apples. They are not the main villain as they only attack fruit that is already damaged by birds or other insects. Their mouths are not usually strong enough to break the skin.

Grapes can be susceptible to damage but bunches of fruit can be wrapped in muslin or old nylons.

Cynipids can form a variety of gall on Oak tree leaves, stems and roots. Some years the galls can be very numerous but no serious harm will be done and no control is required. The underside of leaves may get rust brown spangle galls or brown spot gall.

‘Carbaryl is a man-made pesticide that is toxic to insects. It is commonly used to control aphids, ants, ticks, spiders, and many other outdoor pests. It is also used in some orchards to thin out blossoms on fruit trees.’ Pesticide information center

Camassia Flowers and Food
Pruning Deciduous Azalea and After Care