A windbreak can make a big difference to a garden creating safety and an improved micro climate. After we reduced a large conifer by half many plants got flattened by the wind which was now able to flow over the shorter windbreak. 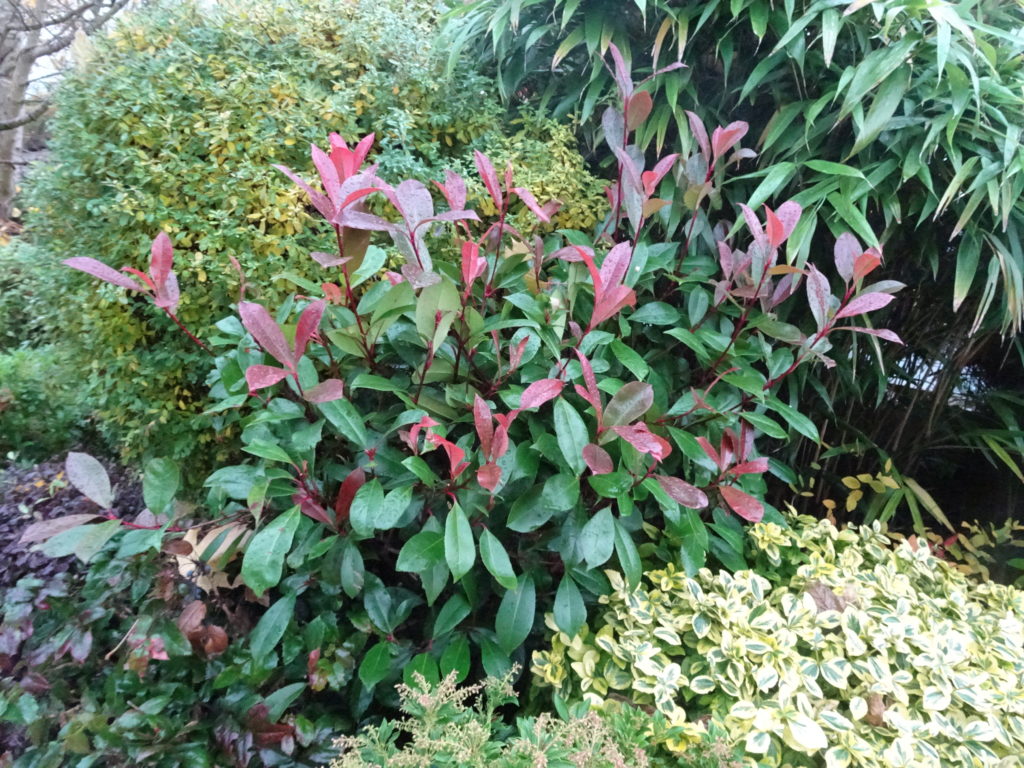 END_OF_DOCUMENT_TOKEN_TO_BE_REPLACED

A common site in many town gardens are trees that have outgrown their space. Large native trees like Oaks, Copper Beach, Planes, Weeping Willow and horse chestnuts are wonderful, but to be really enjoyed they need suitable space, like in a park. If they are planted in the garden they will

To remove these trees is a big job. But, it’s better to do now, rather than leaving until it is even higher. (Though you may have to be careful and check planning regulations before cutting old trees down – some may be protected)

However, though some trees are too big to enjoy, there are many excellent varieties which will be good for the small garden. 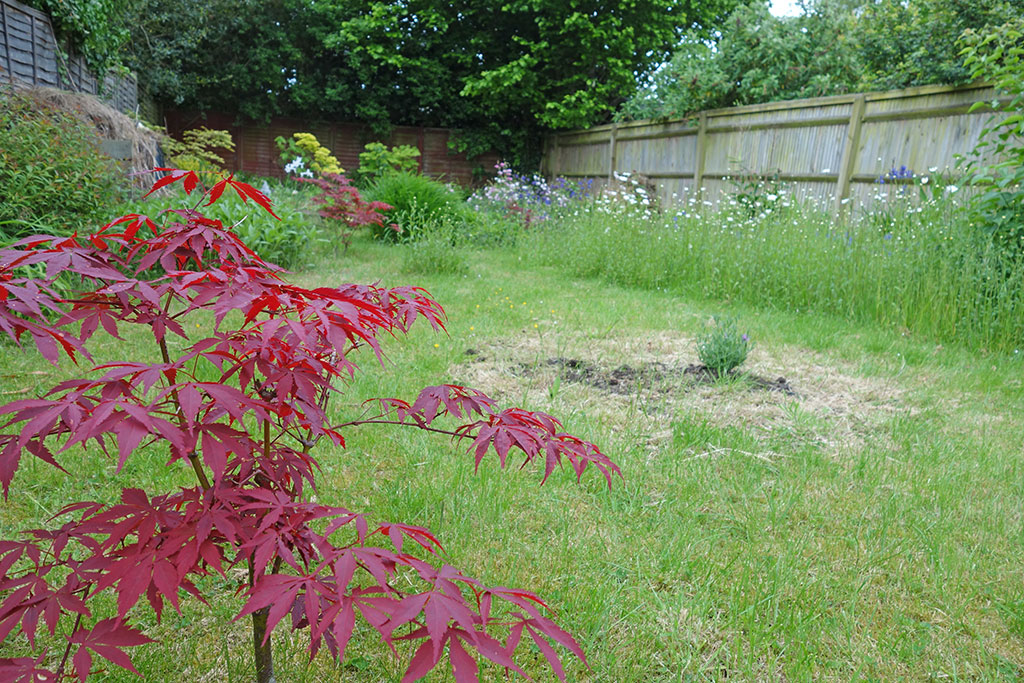 Acer Palmatum – a great tree for small gardens. They are very slow growing so stay nice and small. I’ve found they can be a bit tender in a cold windy winter. More on Acers

Birches make excellent garden trees, there canopy is not too dense, providing a lovely dappled shade. There small delicate leaves and bark can also be quite attractive, especially the white barked silver birch.

Hawthorn Tree. Can be used in hedges or used as a specimen tree. Will not grow too tall and provides good blooms in May or June. 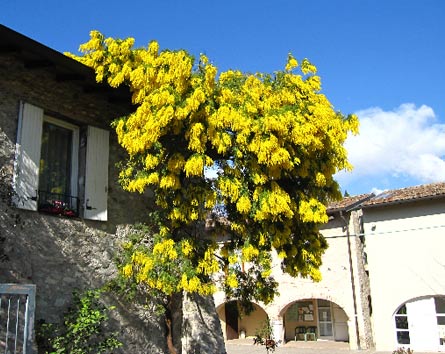 The Laburnum provides a wonderful display of yellow flowers in May / June. It shouldn’t grow too tall (though this tree from Italy has grown as tall as house. One important point is that its leaves and flowers and bark are all poisonous. If you have young children, it may not be suitable unless closely supervised.

The best variety is Laburnum wateri vossii’ which produces long blooms of flowers.

END_OF_DOCUMENT_TOKEN_TO_BE_REPLACED 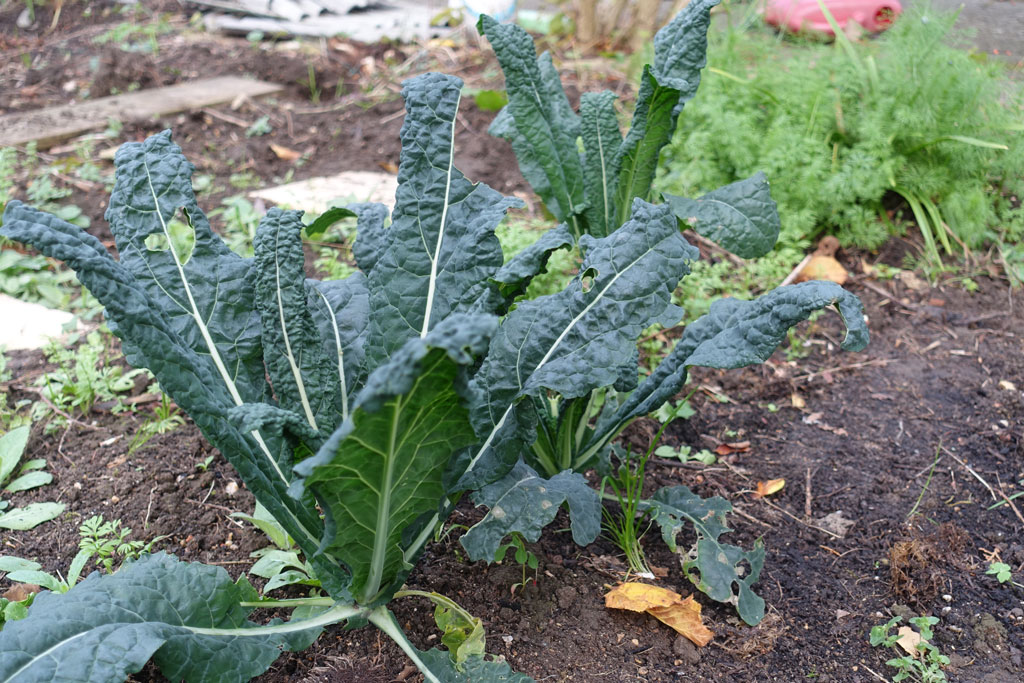 Here in Oxford, we tried sowing some Kale in the middle of August.

Going on holiday for two weeks after sowing seeds is always asking for trouble, and by the time we got back they had shriveled up and were only good for the compost heap. However, the seeds sown direct into the ground did quite well. A few got eaten by slugs but a couple grew fast enough to escape their clutches.

The location in the garden wasn’t the best, with shade from Conifer and other trees limited the amount of direct sun, as Autumn progressed, they were lucky to get one hour of sun per day. Yet, despite little direct sunlight, they kept growing and soon started to encroach on each other. We started picking some leaves from the bottom of the plants and got a few meals out of them.

As the nights shortened, growth slowed down almost to a stop and the Kale pests seemed to be taking out more than they were able to grow. I think later damage came from pigeons or the like, it doesn’t look like the work of slugs – too big and neat.

Anyway, they look OK, in the mostly empty border and were a good ground-cover as we await a new fence. The last few straggly plants will be harvested and will make the odd meal or two.

But, for late sowing, they didn’t get enough sunlight to really get going – even the richest soil can’t compensate for lack of light. But, next year, we’ll pick a better spot and hope that they really take off. We may also try a later sowing because Kale is a good plant for providing fresh veg through the winter months. However, we may have to take pest control a bit more seriously which will mean netting to stop both butterflies and pigeons – so maybe not in the flower border.

This is labelled as Iris Cyclogossa, but, I believe it is actually Iris Aucheri. – a dwarf form of the Juno Iris. See: Growing Iris Aucheri If you don’t want to wait 2 years to decompose leaves, you can simply add them at the bottom of a trench and then add soil, they will naturally disintegrate over time.
Worms are crucial to the decomposition and are also good for your soil conditioning.
It is far better to collect the leaves than leave them on your lawn. 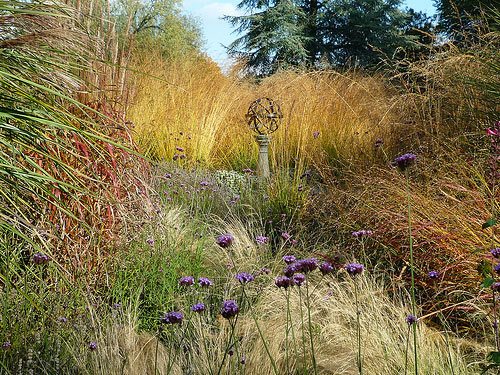 Grasses give a rich combination of autumnal colours

The purple Cosmos also add a dash of colour to this autumnal scene.

END_OF_DOCUMENT_TOKEN_TO_BE_REPLACED

These photos are from Magdalen College Oxford University.

“At twilight, nature is not without loveliness, though perhaps its chief use is to illustrate quotations from the poets.”

END_OF_DOCUMENT_TOKEN_TO_BE_REPLACED Daffodils by river Cherwell and Magdalen Tower in background

END_OF_DOCUMENT_TOKEN_TO_BE_REPLACED

Mother’s day in the UK is fast approaching. If you have a habit of forgetting until the last minute, you can always rely on a bunch of flowers to save the day. But, rather than just a standard bunch of daffodils from the petrol station, what else would make your mother really happy and inspired to bake you more cakes?

Narcissus Tazetta. A late flowering daffodil. Warm spring has brought it out down here in Oxford. A lovely delicate flower with lovely colour contrast. END_OF_DOCUMENT_TOKEN_TO_BE_REPLACED

The typical plants seen in hanging baskets include Lobelia, Petunia, Begonia, Marigolds, Fuchsias and Pelagoniums. The F1 varieties of these plants have a long flowering season making them ideal for summer hanging baskets.

Obviously in any hanging basket, trailing plants add an extra interest. For example a variegated ivy helps to offset and provide a balance to the more colourful varieties.

Try Primulas, Violas, pansies, miniature conifers, ornamental cabbage and cyclamen. All can offer a good season of winter colour at a time when it is most appreciated.