My Experiences of Whitefly

Sometimes I am too tolerant and generally that is true with whitefly infestations. Perhaps that is because I have not had a serious outbreak or a great deal of resulting damage. So live and let live unless an edible crop is involved. The worst that happens is on houseplants where these sap feeding insects can breed continuously through the year. As a gift to the windowsill they leave a sticky secretion on leaves which drops from the plant. Only in the greenhouse have the white-winged adults taken to flight from tomato plants when disturbed. Adults and the scale like nymphs have secretions that can make plants sticky and prone to sooty mould.

Brassicas, particularly my broccoliÂ  are prone to large collections of aphids and or white fly that make the crop unappetising. Who wants to eat bugs unless they are on a bush tucker trail. If picking and squishing is not enough control I remove affected leaves or use soapy water as a spray. 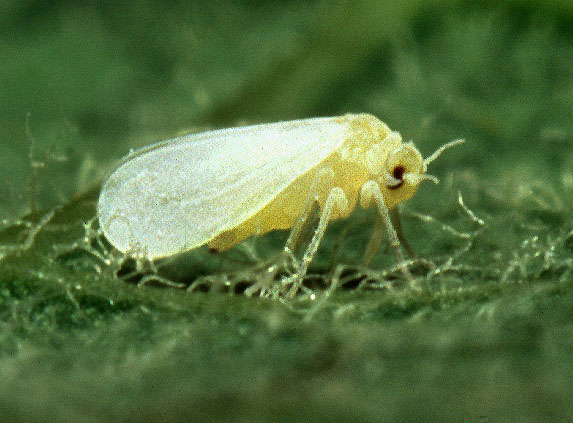 What the Experts Say

Gardener! gardener!Â  there is a white fly in my soup – well button up!