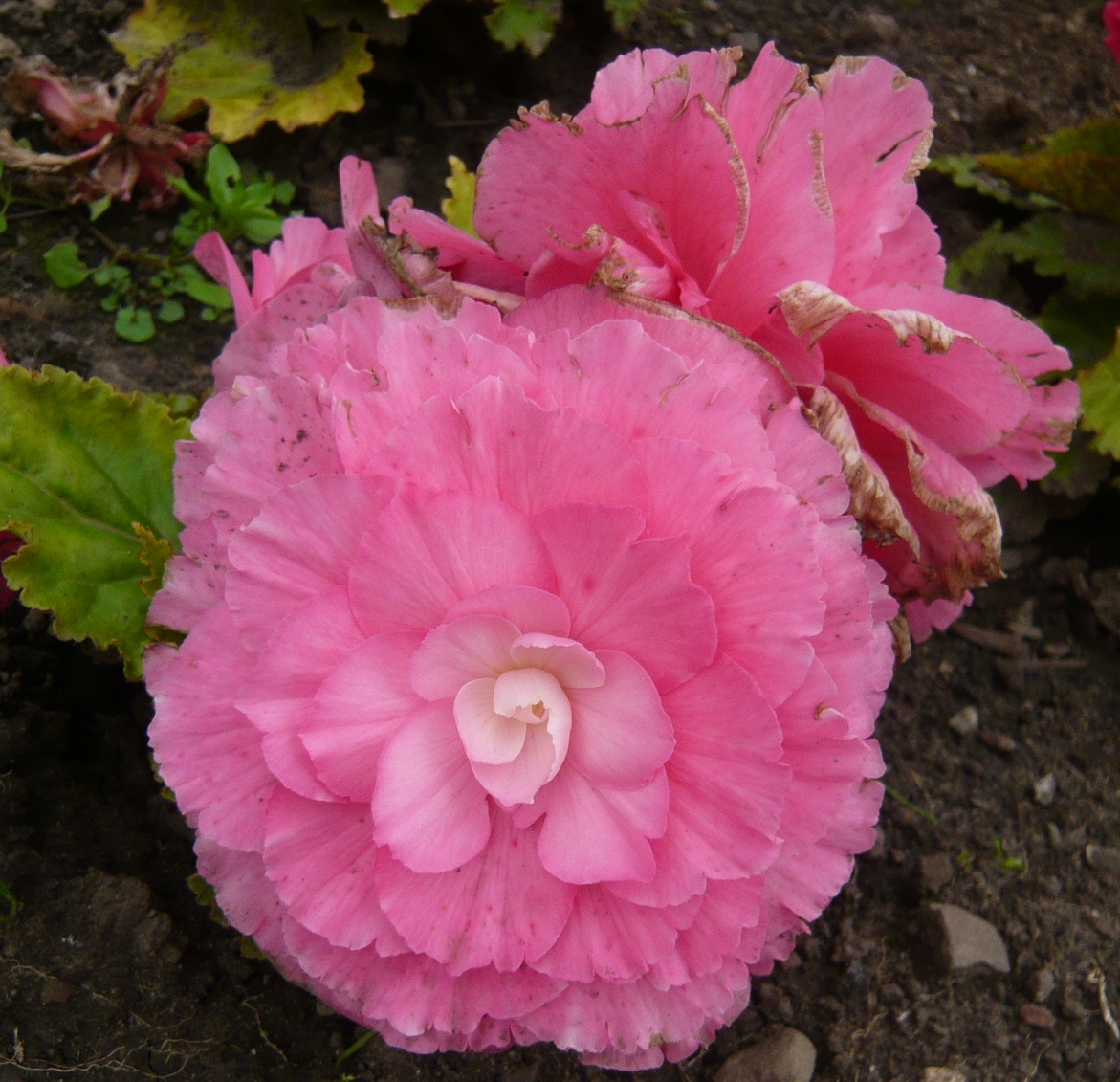 Begonias are native to all parts of the world except Australia and Europe. The South American species have been bred in England since the 1860’s and we can now enjoy many colourful varieties. Grow as houseplants or for borders. 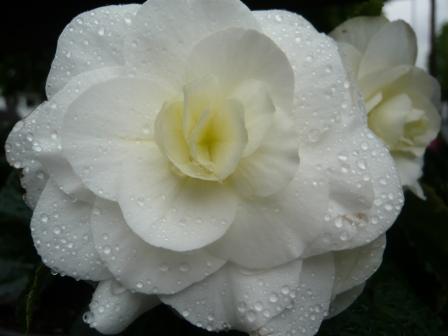 The flower is judged in three respects:

The Tuber and Plant This backend the Begonias have given a special show in fact it beggars belief how well they have done. I am not an out and out favourite of the lard show begonias that tend to be one sided and fragile for my wet and windy window sills (outdoor). However for massed planting the pink too rich salmon-orange, fully-double flowers of Begonia Peardrop have a yellow hue which comes and goes throughout the year, whilst the rich dark foliage provides a stunning contrast to these magnificent flowers.
Next year I intend trying the new scented variety in a similar colour range called Begonia Begonia aromantics® This bloom has picotee petals that is a light ground with an edging of deeper pink. Tubers vary when flowering even on the same plant.

The whole bloom is worth attention with the fascinating pattern of the opening petals. For this reason Begonias make great plants for growing in raised beds or pots.

Begonias shed the old flowers and it is not usually worth deadheading except to keep the plant tidy.

Begonias are unisexual having both male and female flowers on the same plant. The female is usually single.

7 thoughts on “Growing Tuberous Begonias in the UK”