Five years ago I wrote about my remarkable gooseberry crop and yet again I have been inundated with great berries this year (2019). ‘Sweet or, sharp and sour the gooseberry is a remarkable soft fruit. Summer 2014 was been a remarkable year for the size of my crop and the freezer was bulging (like my waist from numerous crumbles).’ 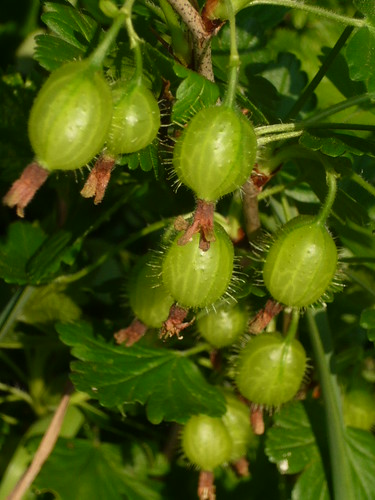 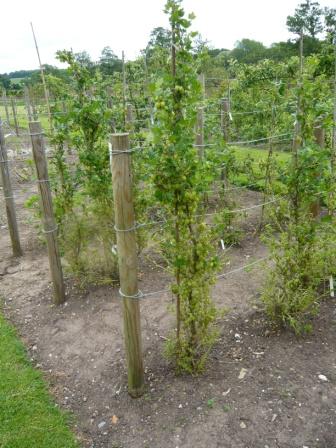 What a grand way to grow Gooseberries ‘up a stick’ (or Cordon).Â Â  Trained like ballerina apples thisÂ  Gooseberry variety London was grown as one vertical trunk. Gooseberry London has very large oval fruit with a smooth skin. The flavour is good and is normally a spreading bush but it makes few branches. It is renown as heavy yielding as can be seen below from a 1st June photo below.

Planting Layout for Legs or Cordons

This style of growing makes picking much easier as there is little bending and there are far fewer prickles to get under your skin (or tear it to shreds for that matter). My Gooseberries grown as sprawling bushes are giving a good crop this year but I like the economy of space and the benefits of this training system so I will give it a try. 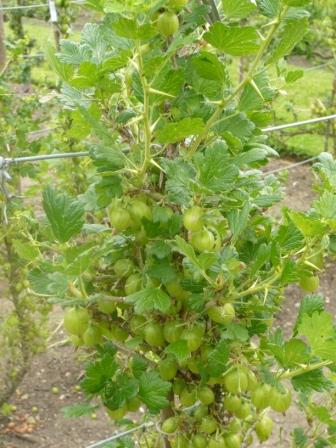 Gooseberries are fine soft fruit and in line with my plan to grow more fruit I have just bought a new shrub of the Invicata variety. It is said to have large green fruits and be mildew resistant. I will test the mildew resistance to the limits as I threw out 4 large bushes some years ago because they were perennially invested with mildew and a resulting black deposit on the fruit. My local nursery wil not have any other varieties on offer until March when I may buy some more shrubs but as each plant will produce about 3 pounds of fruit I will already get enough for pies, fools and freezing. 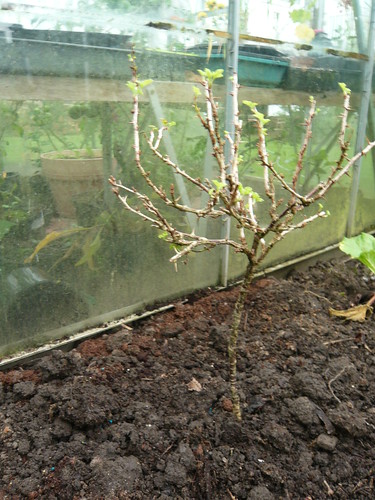