I have flirted with geraniums for several decades but never achieved the full satisfaction of a great display. Now I have a new plan to dedicate an area in the garden, dare I call it a zone? to some of these colourful plants. To give me an incentive to dedicate time and effort I have given it a name Pelargonia as I thought Geraniumistan was going to confuse the issue with cranesbill geranium or hardy geraniums.

As you can see from the search link I have blogged on 67 occasions about pelargoniums and geraniums over the Gardeners Tips years.

Zonal geraniums are more accurately called ‘Pelargoniums’. The zonal is named for the distinct bands of colour around the leaf. On the example below 3 distinct shades are obvious even in a black and white image. These distinctive colours and patterns are quite sought after and some varieties are grown for the leaf shade alone. 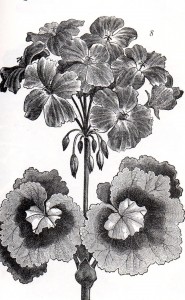 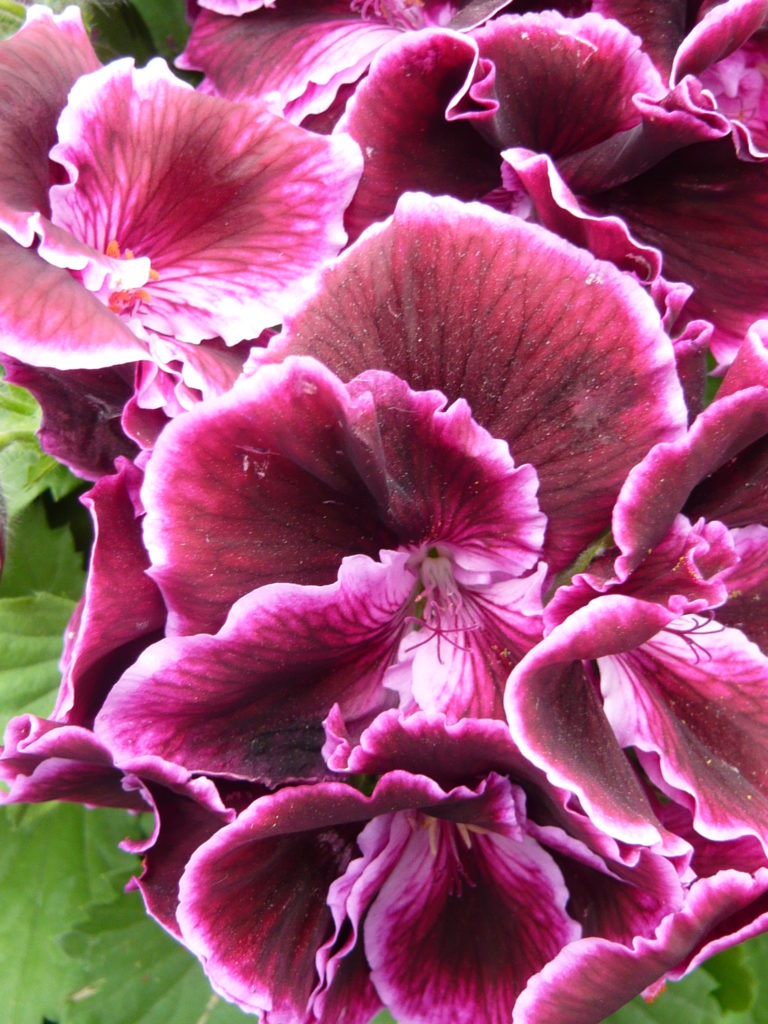