By hortoris on November 2, 2016 in Tips Hints and Ideas

Gardening is an area where there are many ways of saving money or reducing costs. A thrifty approach to gardening is not only possible it is highly desirable particularly in the early stages of gardening. It would be easy to buy the most expensive and decorative plants in the garden centre only to find that you didn’t know what you were letting yourself in for. The plant may die or fail in some other way because you didn’t understand its needs and the care required to look after it. So ask for advice. 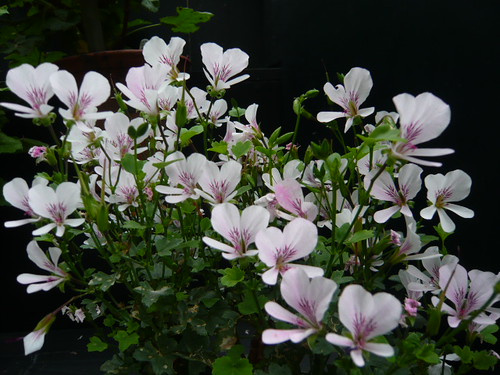 Save on Consumables and Equipment

Top Gardeners Tip
Grow what gives you pleasure but if you can eat it or use it instead of buying something, like a bunch of flowers or present then you will get double value & pleasure. Yesterday I ate a sharp, fresh Rhubarb crumble made from Rhubarb picked on my own patch and it was brilliant.

Grow it in the West Riding of Yorkshire the heart of the Rhubarb triangle.
Do not pick all the stems from one crown, let some grow on and put energy back in for next year.
Do not pick late in the season for the same reason.
Water copiously in dry summers a couple of days before you pick the crop. Water even when it is raining.
Break off flowering stems as soon as you see them.
Pick and go so you eat fresh Rhubarb.

Neglected Rhubarb
I do very little to my rhubarb crowns and leave them to their own devices in a corner of the veg patch.
They produce lots of stems and deserve a good autumn feed of well rotted compost END_OF_DOCUMENT_TOKEN_TO_BE_REPLACED

Similar to spinach with a slightly bitter flavour Swiss Chard is pungent and slightly salty. It contains an exceptionally impressive list of health promoting nutrients. Although Swiss Chard is available throughout the year, its season runs from June through August when it is at its best. 2
By hortoris on September 4, 2014 in Flowers and Plants, Fruit, Vegetables & Herbs How to Grow Mesclun

How to Harvest Mesclun ‘Eat your greens’ and your reds, whites and purples in a mixed salad. Grow leaf crops from seed and use the leaves as needed. When the leaves are 2-5 inches  high, which will take four to five weeks, they’re ready to eat. Loose-leaf lettuces need to have leaves harvested regularly.  In the fridge they’ll keep for three days or so.

Vegetables raised as cut-and-come-again crops can be planted much closer together than you normally would since the veggies are not going to be maturing into full sized plants before harvest time. END_OF_DOCUMENT_TOKEN_TO_BE_REPLACED Your Berberis may loose their leaves or remain evergreen through winter. This purple leaved variety, Berberis Thunbergii has turned from very dark to red coloured leaves and after another frost they will be gone. The red berries wont last long either as they are feeding small birds which have already thinned them out. The spines will remain as a deterrent to unwanted intruders and fresh new leaves will reappear in spring. With literally hundreds of species and varieties to select from you can experiment with a Berberis that is just right for your location. Many varieties are extremely prickly so be warned