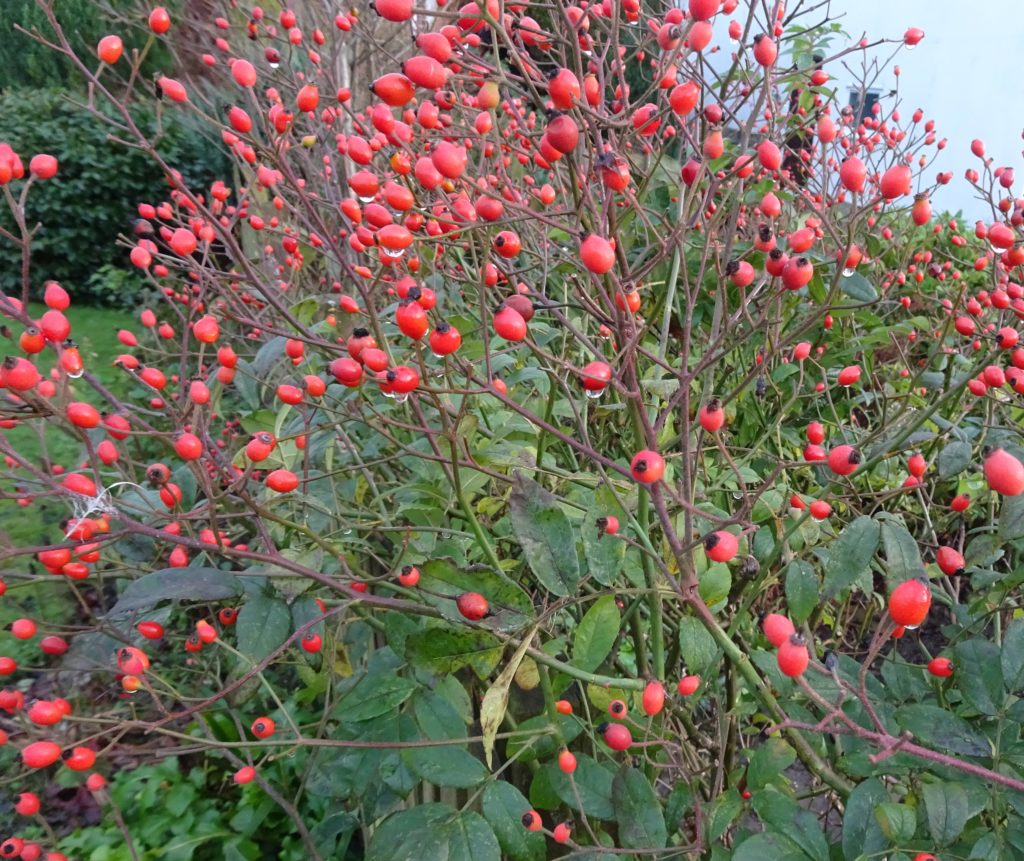 Some gardeners say the best hips are produced by species roses. Here are some Hips Tips that I have discovered over the years.

A few  older shrub roses that are recommended by the RHS: