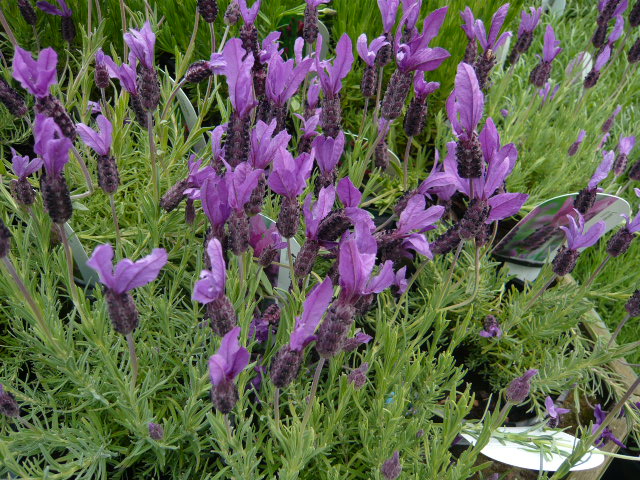 I have taken a slight liberty calling English Lavender (Lavendula augustifolia) British, which it surely must be.
Other Lavenders will grow and thrive in the UK including French and Spanish Lavender but they will last only a few years whilst English Lavender can live for 20+ years. Lavandins are Lavandula X intermedia and they can be clipped to produce roundels or cloud shaped plants.
Lavender is a top plant for nectar and Butterflies love British Lavender