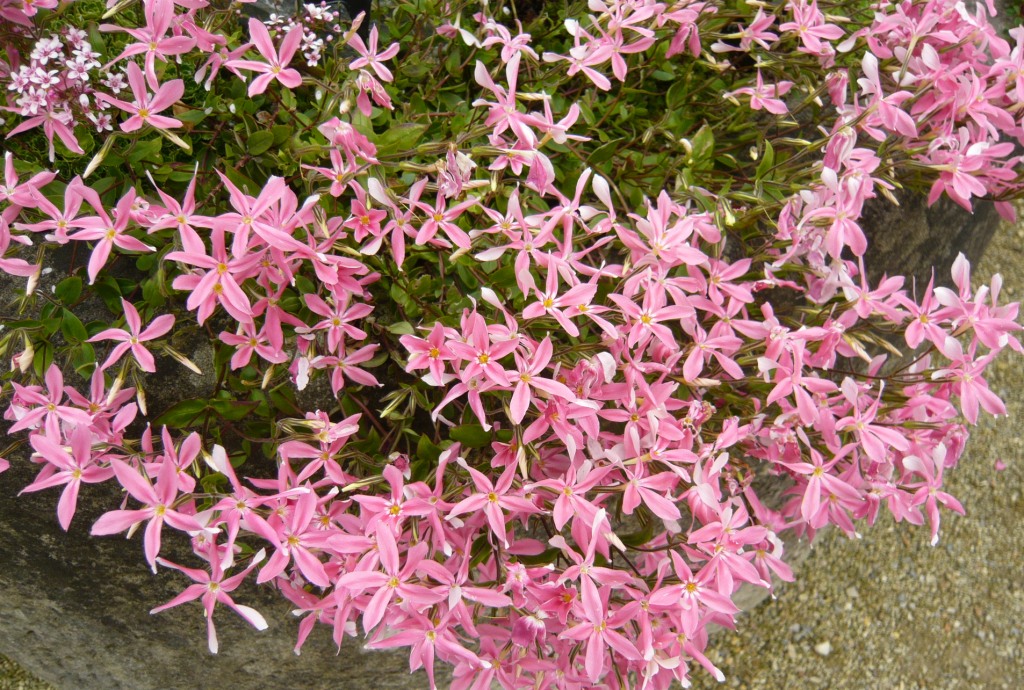 I have hopefully just bought a smelly plant for spring flowering in my rockery. Phlox divaricata ‘Clouds of Perfume’ is a woodland plant that also thrives in walls, borders or on banking. Versatile of what?

Facts about Phlox divaricata
It will grow 12″ tall and spread as a cushion 24″ wide.
This Phlox is semi evergreen and likes well drained soil.
It is also called wild phlox and grows as a weed in North America.
Other common names include Wild Sweet William, Louisiana Phlox, and Blue Phlox.
There are 67 species of annual and perennial Phlox according to wikipedia

Why I bought Phlox divaricata ‘Clouds of Perfume’
The flowers are powder blue, a cool shade I long to grow in my garden.
The bonus of a mass of flowers giving out a good scent was a second incentive.
Regular readers will know I am mean (I prefer to say thrifty) and I paid £1.50 for a large pot that was in an end of season sale. I have taken 6 rooted cuttings or divisions from the one plant and so I think I got a bargain. Growing Hints
Pot grown plants should be watered well before planting.
Carefully remove from the pot and place in a prepared hole and firm the soil around the roots.
If the plant is pot bound tease out the roots or separate off some cuttings.
Water until the Phlox is established. Phlox adsurgens ‘Wagon Wheels’ is another low growing perennial favourite of mine in the Polemoniaceae family.

2 thoughts on “Why Grow Phlox divaricata ‘Clouds of Perfume’”