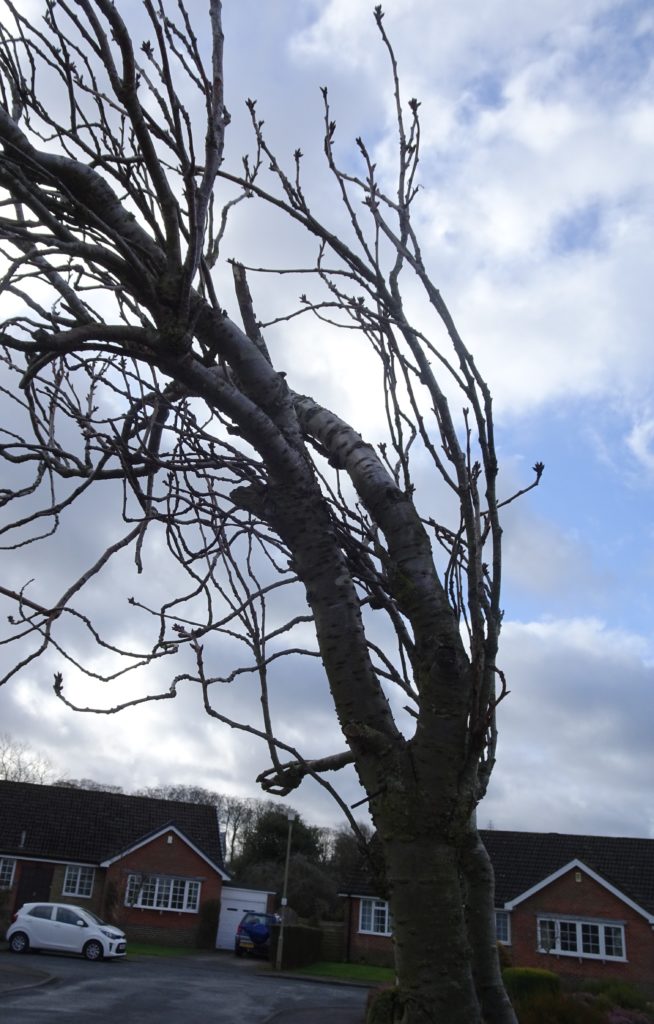 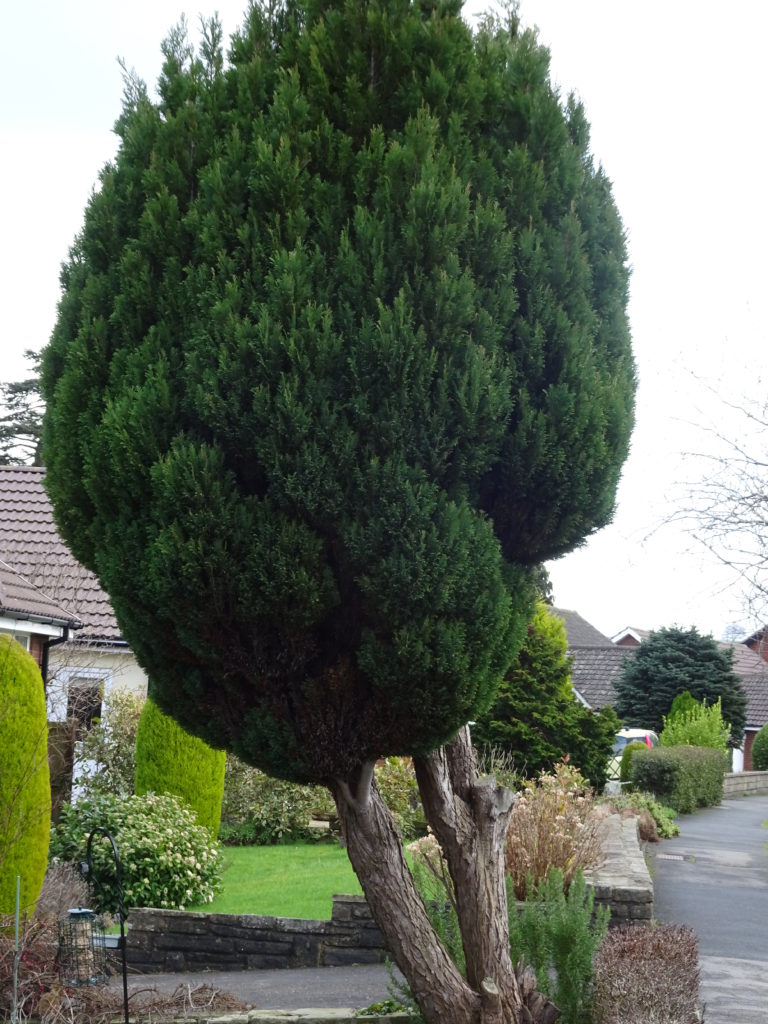 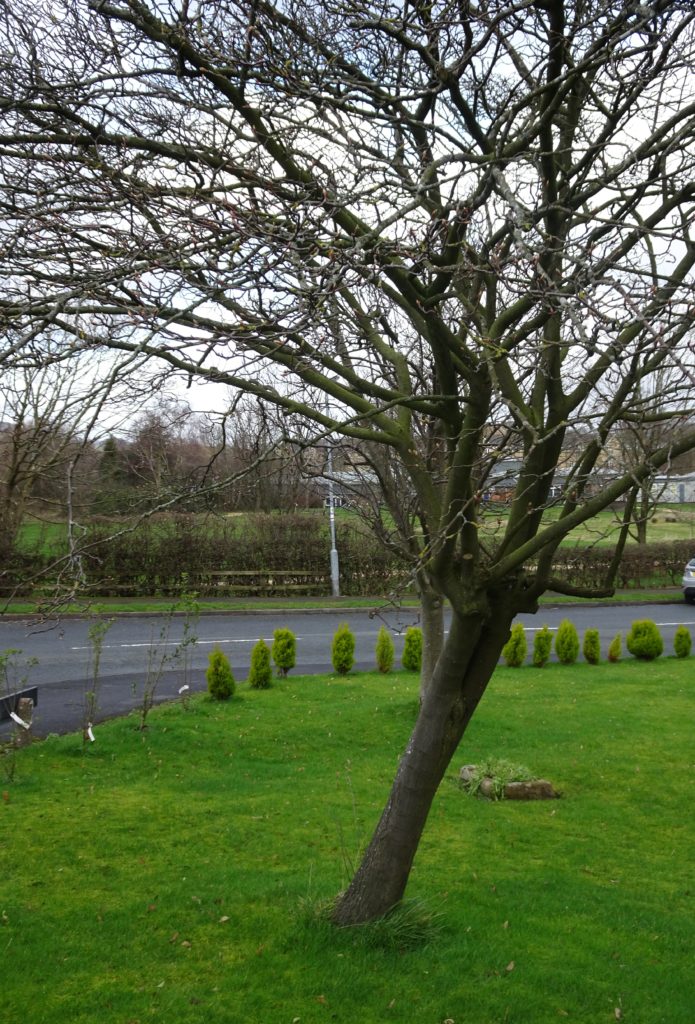 Doris Day in the windy city wondered ‘Will the new hedge provide enough shelter from the wind before it reaches the deadwood stage?’.  Noway! it is too late for this slanted ornamental tree in an open plan garden. Well ‘que sera sera’ as Doris would say.