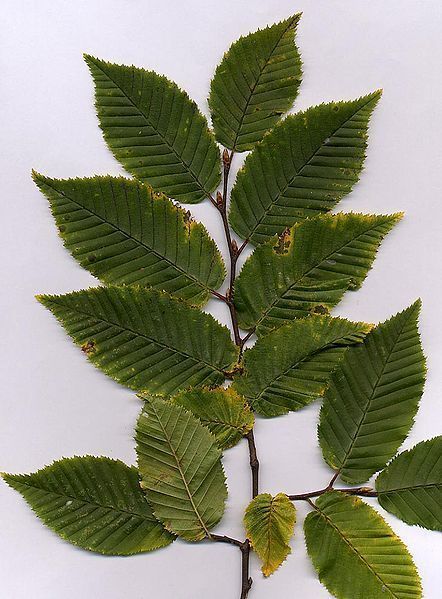 The name Hornbeam derives from ‘hard tree’ a reference to the property of the extremely tough wood.

Key Features of the Hornbeam

Origins and Distribution of the Hornbeam

Uses and Commercial Attributes of Hornbeam

Gardeners Tips for the Hornbeam Other types of Hornbeam and Species

Hornbeams were once coppiced and pollarded (cut back to promote new growth) on a regular basis in its native woodlands of south and south-east Britain. Epping Forest in Essex, where this practice took place, is now protected and is home to thousands of hornbeams that live alongside oak, beech, birch and holly trees.

One of the reasons Carpinus betulus can live in such close proximity to these large trees is that it is extremely tolerant to shade. However, it prefers a warm climate and does not live above 600 metres, restricting its natural habitat to the more southerly parts of Britain. Kew Gardens