The ancient Chinese have cultivated Tree Peonies for over 1500 years. Prized specimens are and were grown for medicinal purposes as they contain glucocides and alkolides. The  imperial palace gardens had many specimens that became quite valuable.

The tree peony was, for a time, the national flower of China and it is thought Chairman Mao sought to ban their growth as a decadent pastime. The root of P suffruicosa has been used in medicine for centuries.

Plants were transported to Japan in the 14th century. The Japanese  bred tree peonies creating over 1200 hybrids some of which are still grown today.

The cult status of Japanese Tree peonies encouraged 18th century plant hunters to import tree peonies in to Europe, particularly France and England. These plant hunters like Veitch, Joseph Rock and Kelway started their own breeding programmes from some of the five wild species and other hybrids. 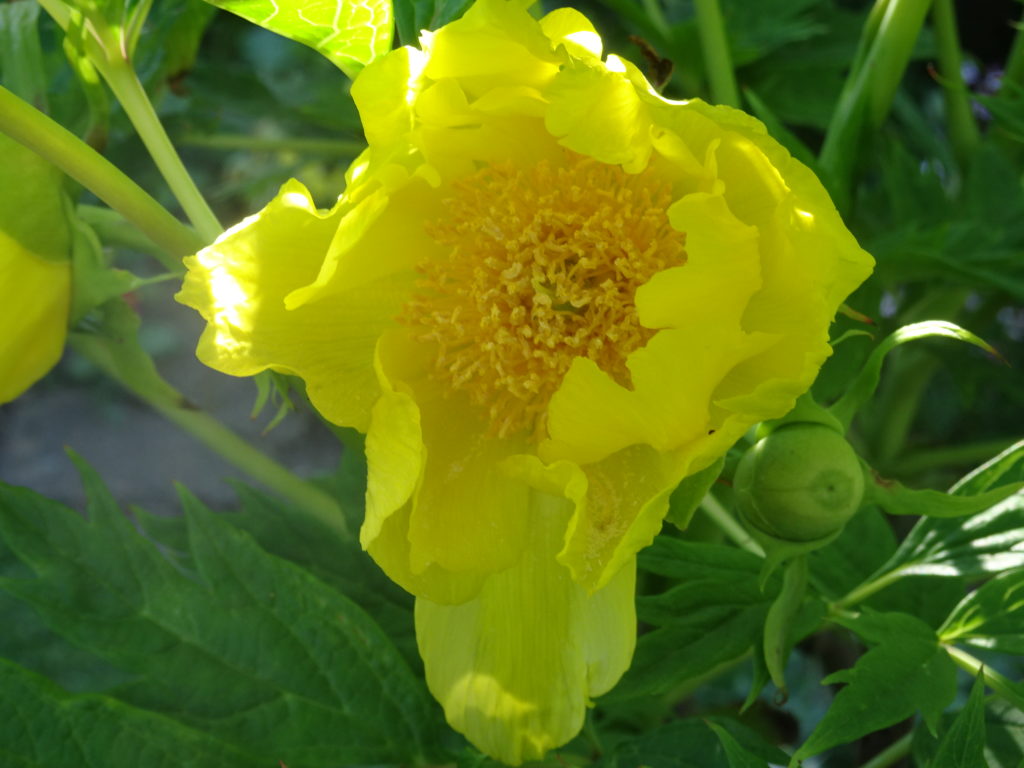 The Americans crossed P.lutea (above) and P. delavayi with Japanese hybrids to produce some of the vibrant colours now available. The flowers have a short but colourful life! The shrubs are far more long lived.

Tree peonies have long featured in oriental watercolour paintings. by Zou Yigui (1686–1772). Some of the varieties, like ‘Yao’s Yellow’ and ‘Wei’s Purple’ are  depicted in a series of paintings  mentioned in the Record of the Tree Peonies of Luoyang  Ouyang xiu (1007-1072 CE). 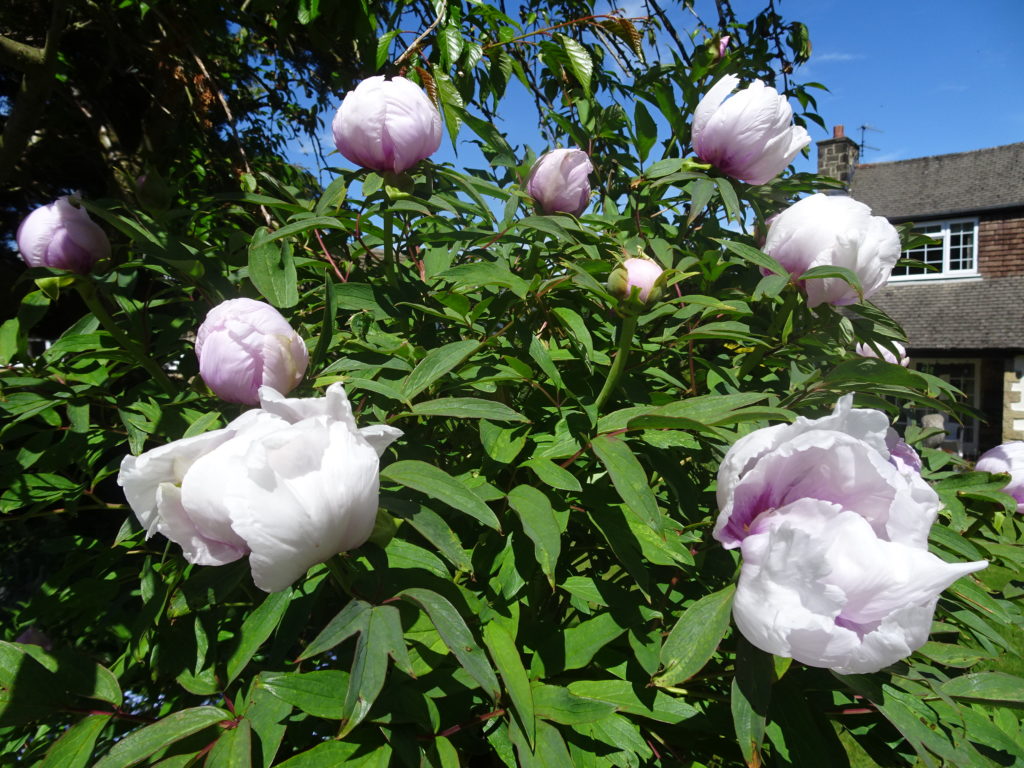 Imagine the splendid sight when all the buds open. 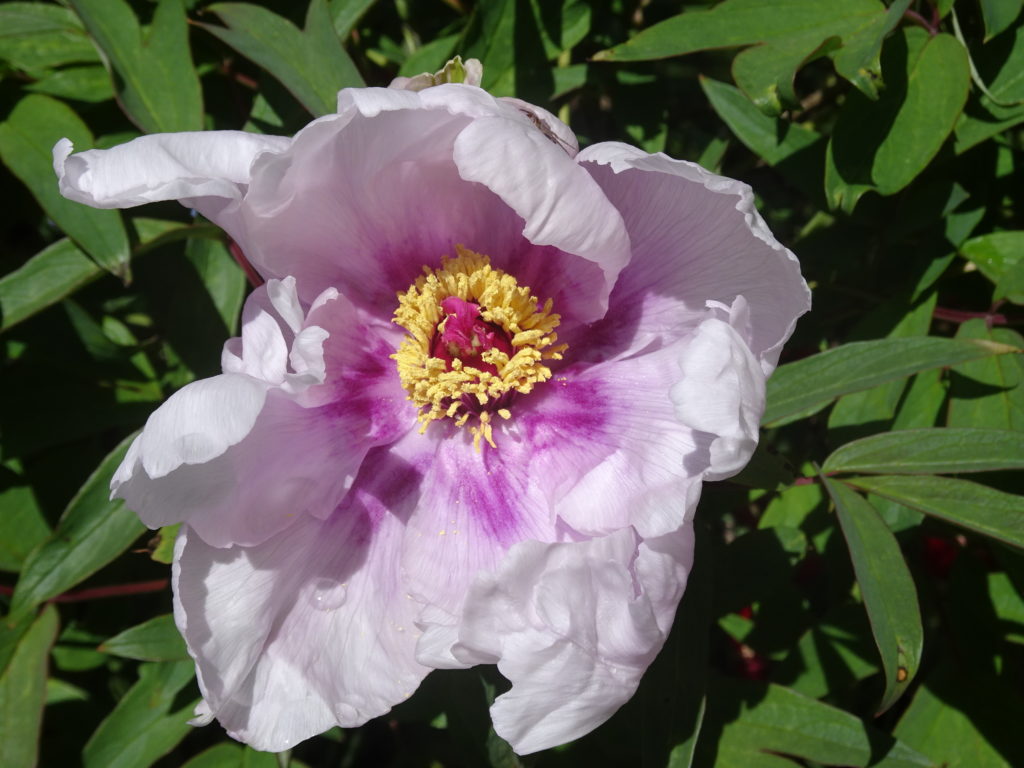