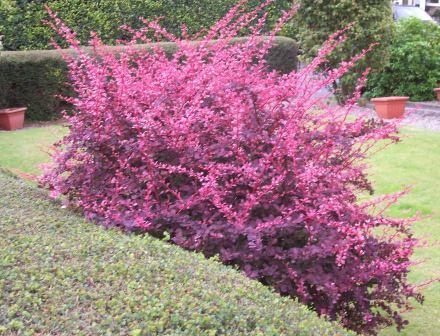 Prickly shrubs of the Berberis family are ornamental and useful for deterring unwanted visitors. The leaves themselves can be very spiky like Berberis Darwinii with glossy dark green leaves and orange flowers. Alternatively this purple Berberis Thunderbergii has stems that are spiney with sharp needles to deter the most ardent burglars.

How to Grow Prickly Berberis Other Plants to Scratch a Thief