Georg Arends was a German nurseryman who bred many perennial plants. His business was successful until the second world war and has been regenerated to be one of the oldest in Europe. It still remains within the Arends family.

Among over 300 plants that Georg bred are included ‘Arendsii’ versions of Aconitum, Arabis, Phlox and Hosta sieboldiana. He also specialised in Bergenia breeding ‘Abendglocken’, ‘Morgenrote’ and the white flowered ‘Silberlicht’. (I was told Bergenia were called Elephant plants because an elephant could stamp on them and they would survive. However a more popular name is Elephant Ears after the leaves.) 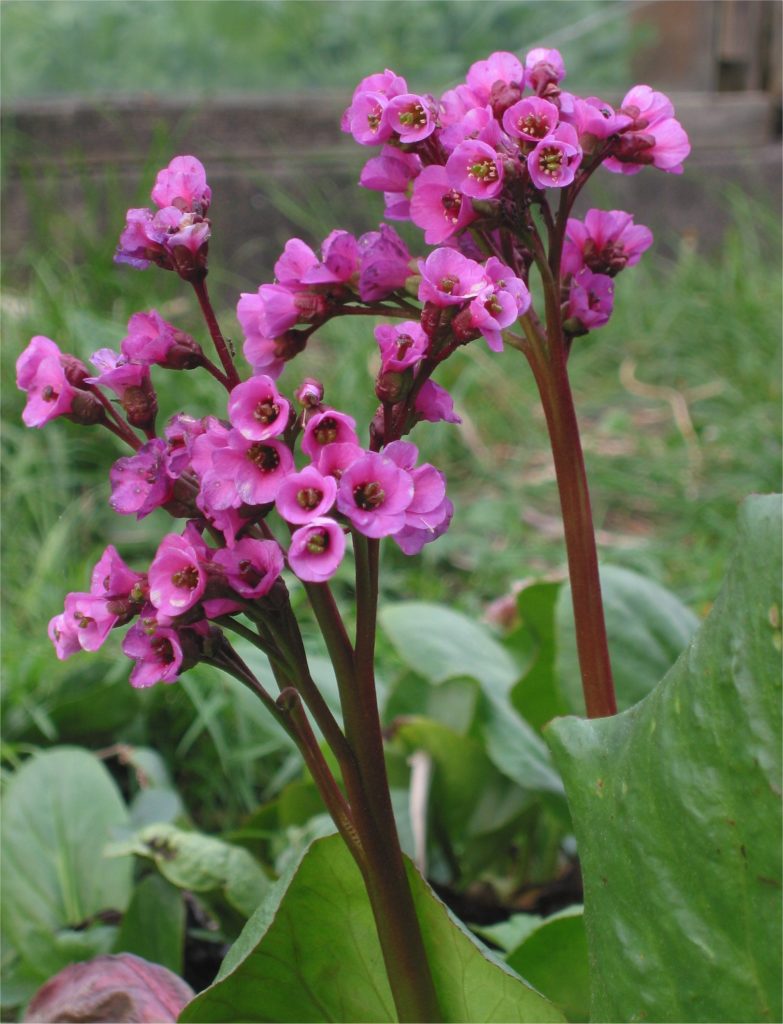 One of Georg’s favourite Berginia (wiki)

Rhododendron ‘Georg Arends’ was named after him. Dobbies say that it forms ‘A spectacular evergreen shrub that produces masses of large bright red flowers in mid May, up to 7.5cm in diameter, on a round shaped and bushy plant with dark green foliage.’

David Austin sells an old rose called Georg Arends which he claims it is ‘A good shrub with large, rose pink blooms of perfect Hybrid Tea shape; the petals curling back at the edges in a most beautiful manner. Deliciously fragrant. Recurrent flowering’.

A recent article in the Financial Times celebrates 130 years of Georg’s nursery business – I wish I had plants that lived a tenth as long.