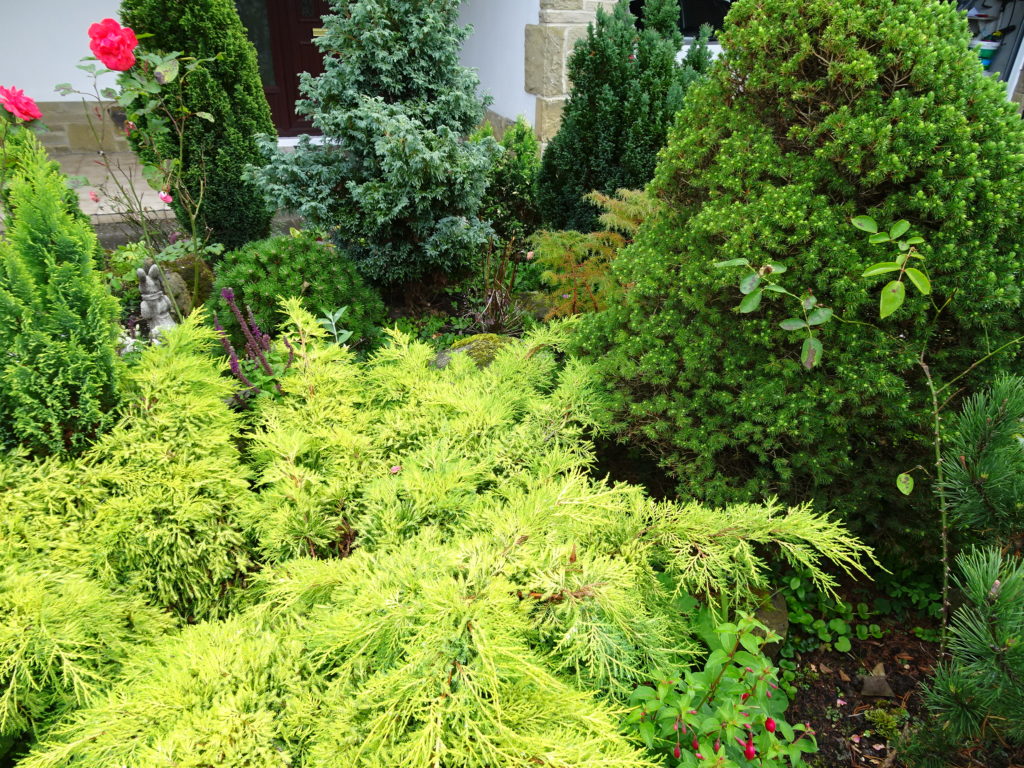 There are 7 or 8 different conifers in this photo from a total of 16. The whole bed is roughly rectangular 6 yards by 5 yards. It has one unusual feature in that the soil is very shallow and poor. 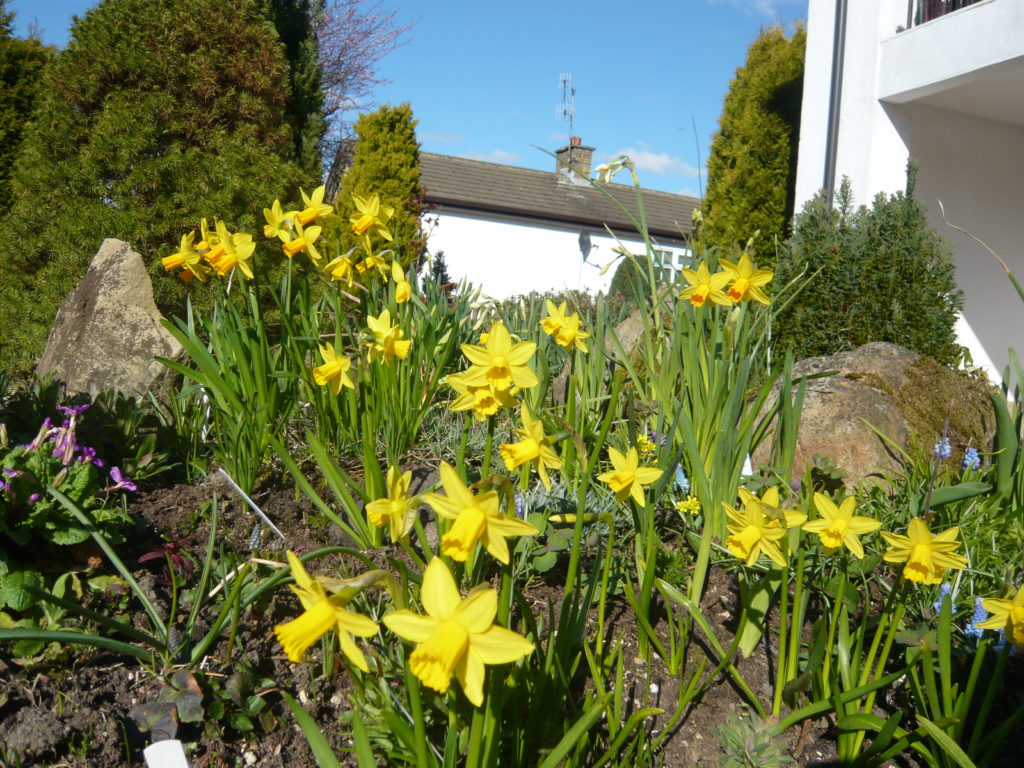 As was 10 years ago at the start of the conifer plantation era. 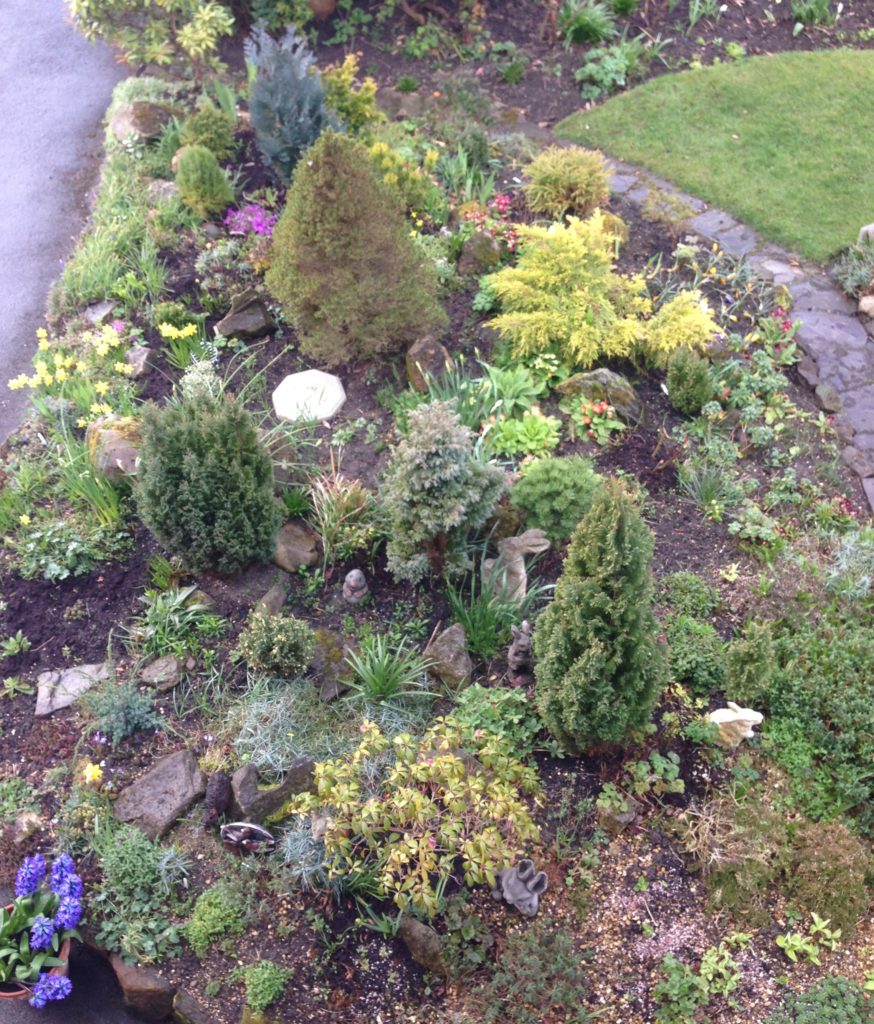