First introduced in the 19th century the lineage of Hybrid Tea roses goes back to crossing or hybridising a tea rose with a hybrid perpetual rose. The first example was supposedly ‘Madame Bravy’ x ‘Madame Victor Verdier’ but many more have followed to great acclaim. One such was a rose called ‘Peace’ which has sold, under several marketing names, over 100 million plants world wide. 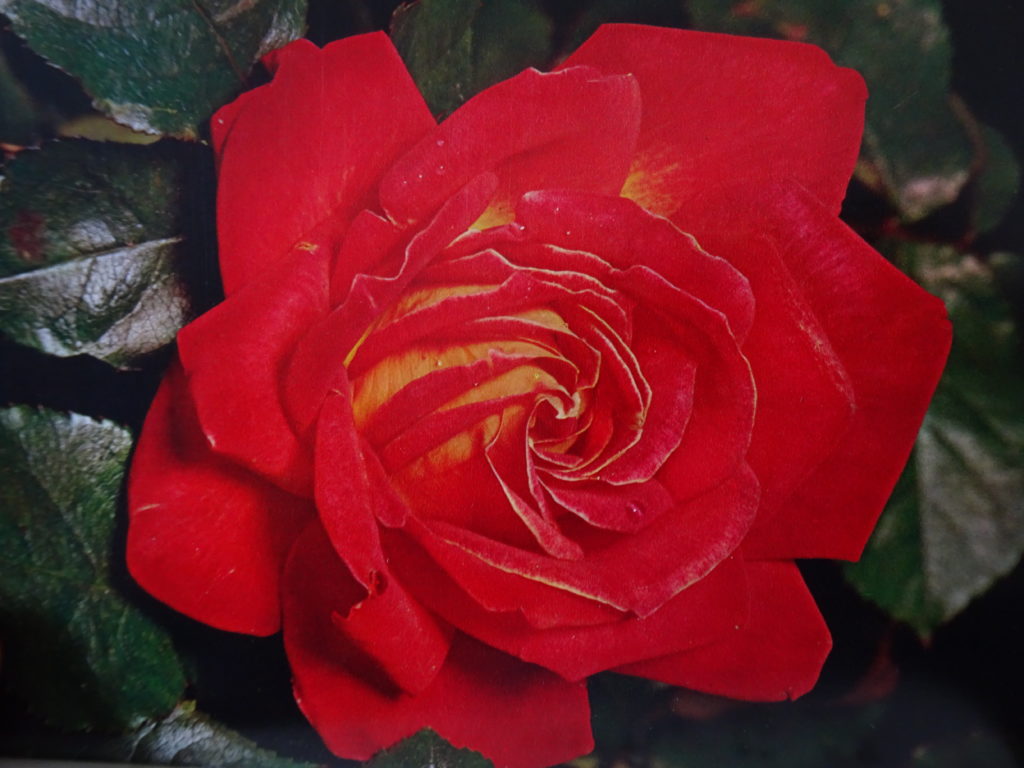 Hybrid Tea roses like this example of Brasilia are a group of roses that are crosses between one rose and another. In this case Piccadilly x Perfecta produced this Brasilia flower with scarlet petals reversed in pale gold.Â  The grandparents wereÂ  McGredy’s Yellow Ã— Karl Herbst and Golden Scepter x Karl Herbst respectively. With 2 grandparents the same it shows how complex cross breeding became during the heyday of new rose introductions. 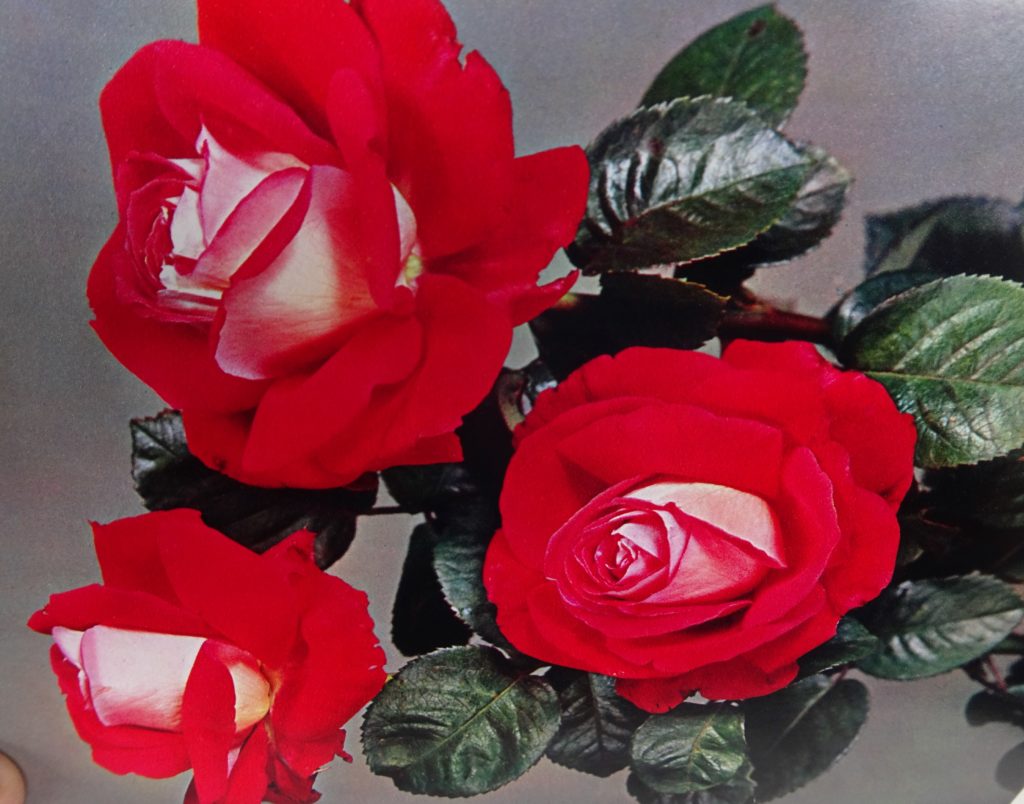 Another flower with reverse colour on the petals was Caramba with cherry red petals reversed with silver. It also has very dark glossy leaves. The parentage of this specimen is unknown! The name has also been sub-sumed by a ground cover rose with far less appeal.

I do not want to start by worrying you but I am probably going too anyway! After an early summer of brilliant rose displays the down side is the number and volume of enemies our roses are having to contend with.

This is Nothing New

Picking Out Some Rose Enemies 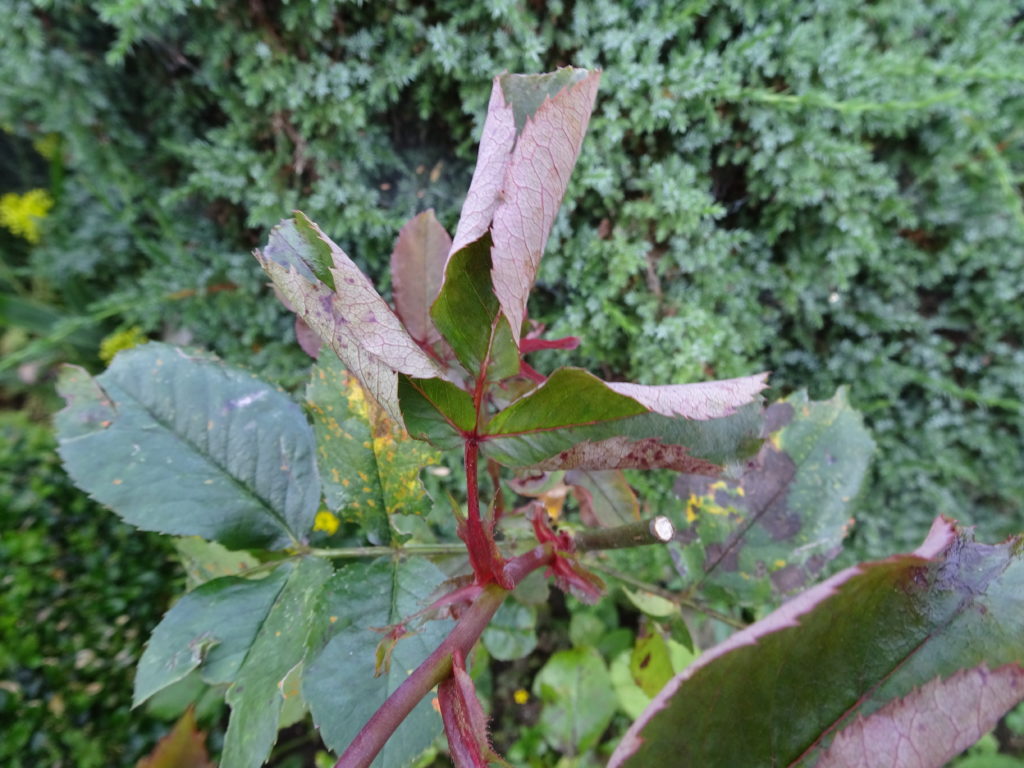 Rambling roses tend to flower only once a year (not once a season as I once heard). Therefore it pays to optimise the flowering for next summer by judicious pruning and training.